Tío Louie Presenta: VANESSA VERDUGA and the IMPLICATIONS OF COHABITATION

In this edition, Tío Louie interviews actress, singer, writer, director, producer, HOLA member Vanessa Verduga, where she talks of her webseries "Justice Woman" and the world premiere of her play Implications of Cohabitation off-Broadway on Theatre Row in New York, where she serves as playwright and one of the stars. 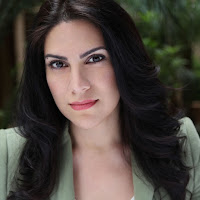 I firmly believe that if you can’t get a job as an actor and you are truly committed to your craft, create a project and cast yourself. Because audiovisual equipment and editing systems are so compact and accessible, the new, wild West of the internet has opened up a lot of opportunities for a whole generation of actors-turned-producers successfully turning the corner. Vanessa Verduga is just one of those gems in our artistic community. She has produced and stars in the acclaimed webseries, "Justice Woman" that has garnered two million views and will be rolling out this fall with its fourth and final season.

But the best is she doesn’t stop at that challenge. Fear does not lurk in this lawyer-actor-turned-playwright as she now has an off-Broadway play, Implications of Cohabitation, in which she plays a lead role and wrote the story. The play deals with an Ecuadorian family in which the father actually has a second family and now upon the death of his wife decides to live with each of his three kids from the first family to ironically be dismayed by their 21st century "American" principles.
Tío Louie: As an actor-turned-producer of a successful webseries ("Justice Woman"), recording an album, living between New York and Los Angeles and now producing and starring in an off-Broadway play, have you not enough on your plate or is there a strategic plan on how you tie it all in together?

Vanessa Verduga: It’s not so much a strategy, the way I see my creative process is the way I brush my teeth. It’s like being a lawyer. I have to multitask. There are deadlines and projects that work. There is a need, but I enjoy it. I have post-it notes all over the place. I treat it the same way I do in going to the gym, eating healthy. It’s a physiological and spiritual need when you have all these ideas, and you’re creative– you can’t suppress it. I’ve suppressed it before and I’m not happy when I do it. There is no need in stopping what I do. When you set things in motion, doors open. I enjoy the process and enjoy the journey. It’s all about changing the industry and making our stories more mainstream and not putting us in a box. That’s why I don’t see it as work. The busier I am, the more I get done.

TL: What was the genesis for this play?

VV: It started at the LAByrinth Theater Company and then at the Aching Dogs Theater Company when we would put together short, five-minute plays and realized that out of this one particular piece there was more there. The more I did these kids and parents and trying to relate to the father, I realized that this could be a family.

TL: Is the play Implications of Cohabitation autobiographical in nature or addressing a cultural or social issue?

VV: It’s both. It’s autobiographical in the sense of trying to understand your father and him not being there when growing up and its effect on your relationship with men. You end up lacking that base for the type of men you should fall in love with and you walk around having these horrible relationships with men and learning it on your own. The cultural references surround the father of three kids are older and Ecuadorian. He has a son who lives with his girlfriends and then learns that they have a "swinger" relationship. It’s about not judging when you are not in a position to judge yourself. An old-fashioned Ecuadorian father who after the death of his wife wants to reconnect with his three kids... while judging them. Here he fathered another kid somewhere along the line and had a second family and the question that it begs is, How dare you cast stones and pass judgment after the life you led?

TL: The titles of both actor and producer sound plausible on paper. How has the journey gone with this play and would you continue doing both roles with the challenges each possesses onto its own?

VV: The good thing is that the producing of the play was something I disconnected from and handed those reins over to the show’s producer, Pablo Echegaray, so that creatively I could be full-on. You don’t get a chance to redo when on stage. I am the actress and the playwright.

TL: What was your role in casting for actors and how has it been with your cast?

VV: I definitely had a deciding hand, along with Leni Méndez, the play's director, and the casting directors, Orpheus Group Casting. The reason I trusted these ladies in casting is because they have a specialty in multiculturalism and specifically with Latinos. I did not feel the penchant to go to a mainstream casting company. We pretty much held two days of auditions and a day of callbacks.

TL: Actor or producer, what defines your being most and choose only one?

VV: I’m an actor. Producing is not something that I do for others. I do it to move my projects forward. There is only one other project done by someone who is a friend that I am producing, but only because it is aligned with my principles. I would love to be doing more acting and more auditioning.

TL: Initially you started producing and writing because of the few positive portrayals offered to Latina actors, but now all you seem to do is produce. Is this the route you’re intending on pursuing further?

VV: I’m producing my work because I want to develop it because it has so many legs. There are people who are coming to me and saying that they can see this play as a feature film or sitcom. This is exactly what happened with My Big Fat Greek Wedding, which started off as a theatrical production before becoming a huge hit as a feature film and recently a sequel. For "Justice Woman" there are so many routes to go with it. This fall I am releasing the final and fourth season. I want to move on so that it can become a children’s animated series.

TL: How is it being bicoastal for a woman from the Northeast and how has it been navigating the waters of Los Angeles professionally in the arts and personally?

VV: It has not been that easy. I have projects developing on both coasts. I love the weather in Los Angeles and that I have a car where I can have my creative juices flowing while driving and a healthier lifestyle. However, the hustle is greater here [in New York]. There are a lot of phonies and bullsh*t artists in Los Angeles and sometimes I have to get out of there to come to New York for a reality check. I like both. If I can combine both, that would be great. Los Angeles is where I can create and New York is where I can get it done. In Los Angeles they are constantly recommending people for meetings and you see under the veneer that they have nothing to show for what they have done. There are some people who have gotten things done in LA, but not the preponderance.

TL: What are your $0.10 worth of advice [originally 2¢ for your thoughts, but increased by Tío Louie for inflation]  for Latinas when auditioning?

VV: Just be yourself and don’t play into the stereotypes no matter how much they ask you to do it. I no longer get called in to play stereotypes. I tell them point-blank this is not me and there must be someone out there who can play into this better than I do. So while in Los Angeles I was getting called to do more serious roles and for mainstream shows. I don’t want to make fun of someone who is a real person.

TL: New media is so alluring because it is so accessible to anyone and everyone. What is the biggest misnomer about webseries?

VV: That you’re going to make money. You can make some ad share [revenue] through YouTube, but you make pennies on the dollar. Unless you have high production quality, people are not going to watch it, which is what will render the eyeballs to take it on a higher level. Plus, you also have to invest money in marketing out there so that it is actually seen. If you’re doing it to give yourself a role so that you can use as a calling card to get you jobs, it can be worth it. But if you expect that the profits will actually pay your bills, you are misguided. If you go this route you must create something that sticks out in the web.

TL: The new book, Big Magic: Creative Living by Elizabeth Gilbert, author of the best-selling book, Eat, Pray, Love, stresses the essential principle of making money to support your craft in the arts. Working as a consulting lawyer in English, Spanish, Italian, Portuguese and French, what are your thoughts on what Elizabeth Gilbert says to the creative arts community? 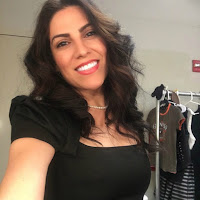 VV: I agree completely. You have to make money. It takes money to make money in this industry. Long gone are the days that someone will discover you walking the streets or behind a luncheonette counter. Sometimes I feel that I am in a much better position by being a lawyer, working freelance and then investing my money in my projects. Then there are other people who wait tables and lack flexibility. It works for some people, but not for everyone. Find something that can make you money so that you can devote yourself to your craft and art. When you are bogged down worrying about how you’re going to pay rent, cover transportation – that’s added stress that takes away from your creativity. For some people, it makes them hungrier and work harder. My recommendation is find a job that makes you money or get that degree. 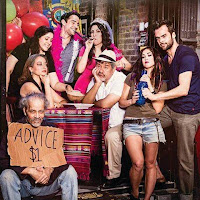 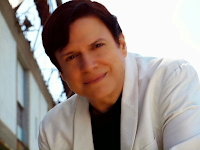 Founder & Executive Producer of PRIME LATINO MEDIA, the largest network of Latino multimedia-makers and actors on the East Coast that hosts the PRIME LATINO MEDIA Salón, New York metropolitan area's only network gathering in which over 60 narrative & documentary filmmakers, programmers, casting agents, TV & digital media producers and actors have been interviewed. PRIME LATINO MEDIA is happy to partner with the Hispanic Organization of Latin Actors (HOLA) on events that serve the Latino/Hispanic artistic community. An interactive content producer and educator who for the past 34 years has owned Skyline Features, a bilingual (English- and Spanish-language) multimedia and educational production company developing documentaries, television programming and advertising commercials featuring Latinos, Blacks, Women, Urban Youth and LGBT, he has produced 70 documentary shorts with 1,500 Latino and Black Youth. Producer/Director/Writer of documentary feature, Latina Confessions (2010) and airing on PBS nationally was co-producer on American Dreams Deferred (2012-2014).