How are we doing? Let us know.

We need your feedback regarding this blog. Let us know what you think about El Blog de HOLA. If you have a Gmail address, you may leave a comment below this blog entry or you can just e-mail us at holagram@hellohola.org.
Posted by EL BLOG DE HOLA at 1:57 PM No comments:

This is a clip of British comedian Eddie Izzard talking on being bilingual. We figured you might get a kick out of it. (Caution: There is some adult language.) 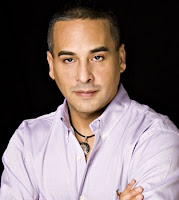 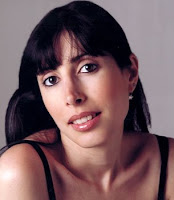 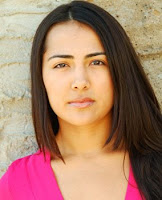 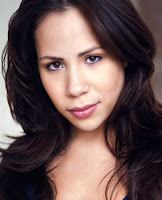 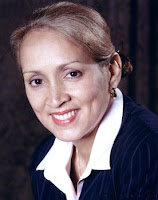 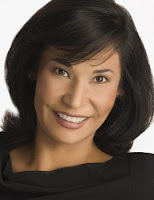 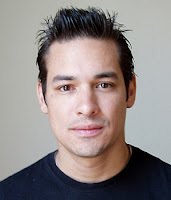 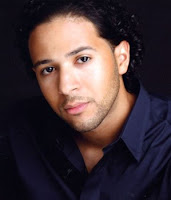 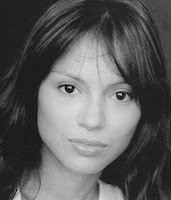 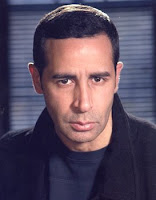 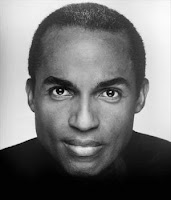 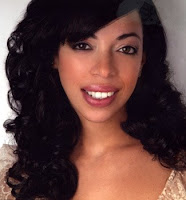 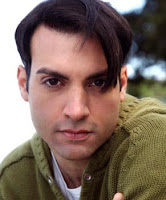 Become a Friend of HOLA

They are FRIENDS OF HOLA.
What is a Friend of HOLA?
--Actors, playwrights, screenwriters, directors, producers, media professionals, patrons of the arts, and anyone else concerned with the under representation and stereotyped portrayals that continue in the media an come together under the HOLA name and make their voices heard. Friends of HOLA will become a powerful force for media change, not just in New York, but nationally.

How do I support HOLA?
--You can call HOLA at (212) 253-1015, e-mail us at holagram@hellohola.org, or just charge your contribution online by clicking here and type in the keyword "Hispanic Organization of Latin Actors." It's that easy. 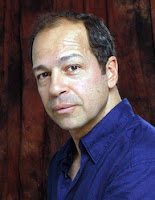 --Gilbert Cruz booked a bilingual educational film for the NYC Health Department regarding HIV and AIDS.

--Reina nabbed a role in the docudrama Comprometidos by Amala Lane of Hummingbird Films. She also booked work as a voiceover artist through the Language Institute.

These actors received work when casting directors noticed their headshots and resumes on the HOLA website.

If you are an HOLA member and want to submit a bochinche item, send us an e-mail at holagram@hellohola.org. If you are not, why not join?

--Nelson Landrieu, Ernesto De Villa Bejjani and Laura Gómez are appearing in the stage adaptation of Isabel Allende's novel La casa de los espirítus (The House of the Spirits). Adapted by Caridad Svich and directed by José Zayas, the production takes place at the Repertorio Español in New York City.

--Mario Golden and Mauricio Leyton appear in the play The Love of Brothers. Written by Golden and directed by Andreas Robertz, the production takes place at the Theater for the New City in New York City.

--Lucio Fernández was honored with a 2009 ITRA (Independent Theatre Reviewers Award) in the category of Best Performance Theatrical (Male) for his work in his cabaret The Cuban Kid in Concert. The ITRA honors six performers (male and female) in three different categories: film, television and live performance. Other 2009 ITRA honorees include Mickey Rourke, Kate Winslet, Tina Fey, David Letterman and Liza Minnelli. Fernández also booked an episode of "30 Rock" (NBC) and did a few voiceovers. He will be performing The Cuban Kid in Concert at New York's famed Don't Tell Mama on Saturday, April 4, 2009. For more information about Mr. Fernández, click here.
Posted by EL BLOG DE HOLA at 12:18 PM 1 comment:

The workshop will be conducted in Spanish.

Want to know what the Lee Strasberg Theater and Film Institute technique is all about?

Did you know that HOLA member Mauricio Bustamante has been a teacher at the Lee Strasberg Theater and Film Institute of their technique for many years?

An eight-session workshop of 3 hours each (24 hours total)

ABOUT LEE STRASBERG
Lee Strasberg set out to work on the problems of the actor as an instrument with the ability to behave truthfully and believably in the imaginary circumstances provided by the author. Through decades of work with the finest talent in the the theater and film of the 20th Century, and having closely studied and worked with the teachings of Stanislavsky, Lee was able to systematically develop technical tools for the actor to practice for the development of a craft that could most effectively enable the actor in achieving greatness in performance. As a result of which, nobody in the world of theater has made as significant a contribution as Lee in bringing to the limelight a consistent flow of actors, who have given us exciting and praiseworthy performances in every medium.

ABOUT MAURICIO BUSTAMANTE
Mauricio Bustamante met Lee Strasberg in 1973 when he was performing professionally in productions under the auspices of Actors’ Equity Association, at a time when he was on stage more nights than off during each year throughout the United States. When he met Lee and attended his classes in 1973, he decided that he had to stop everything to begin to study with him. Bustamante enrolled in a full time program in 1975, and continues taking classes at the Institute to this day. His continued fascination with Strasberg's work is ongoing, and it is his life's work. In 1995, Anna Strasberg invited him to teach at the Lee Strasberg Theater and Film Institute. He loves his work as a teacher as much as he loves his work as an actor.

ABOUT THE WORKSHOP
Each weekly class will be divided into two sections: First hour and a half will be dedicated to the Strasberg relaxation and sensory work, during which each student will explore the specific exercise assigned for daily practice away from the class. The actor will come to class with a prepared sensory exercise assigned by the teacher. This demands half hour of relaxation and half hour of sensory exploration at home every day.

The second half of the class will be dedicated to scene and monologue work. Each actor will have at least one scene partner with whom every effort needs to be made to rehearse the scene as many times as possible during the week; and we'll also assign a monologue (an event in which the actor is alone on stage), to each actor. The suggestion is that each actor in the class will have at least one scene and one monologue with which to work.

The scenes and monologues will be critiqued to help the actor reach a further understanding of the pursuit of an objective, clarity of interpretation of the relationships, who am I, where am I, and what am I doing; as well as the application of the sensory work in the scenes.

Most probably, each actor will have a more solid version of an audition monologue, and most importantly, he or she will continue to realize further possibilities in his daily work as an actor. Ideally, we will be able to continue the classes after the first six weeks, to provide our members with an opportunity to continue pursuing the ideals of bettering our craft.

This is a serious class for members who are able to make the commitment to an ensemble of dedicated professionals. A short break will take place between the sensory work and scene part of class, for the purposes of using the restroom or eating a light snack. It does not include a dinner break. 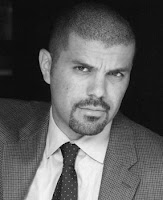 Ever go to an audition only to get nervous, psych yourself out and not show off your best?

Are you one of those actors who thinks they “don’t audition well?”

Are you not good at cold reading?

Listen here for info on the workshop.

Hermán Chaves is a bicoastal actor who also conducts private coaching sessions in Hollywood and New York. His TV credits include Curb Your Enthusiasm, Without A Trace, Law & Order, Law & Order SVU, 24, ER and The Sopranos; his film credits include Taxi, Shelter and Apartment 5C.
The Mental Game of Auditioning is a two-day workshop that liberates the actor to not be intimidated by the process and be their best at auditions. The goal of the workshop is to empower the actor. To help him or her in a practical way, through real world experience and not theory. This workshop will develop the skills and confidence needed to free the individual from their chains of limitations, be they technical (sides of an audition scene) or psychological (fear, anxiety, etc.). The essence of the class is on efficiency and quick assessment.

All HOLA members, whether they are members of a performer union or not, are entitled to be a member of the Actors Federal Credit Union (AFCU).

For more information, log on to www.actorsfcu.com or www.hellohola.org.
Posted by EL BLOG DE HOLA at 2:07 PM No comments: