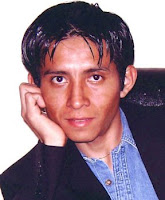 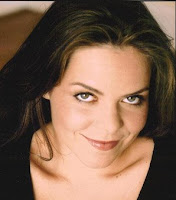 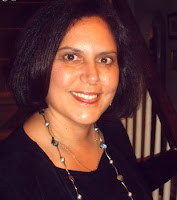 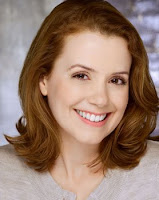 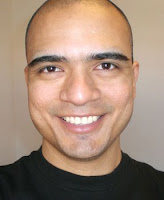 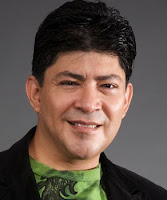 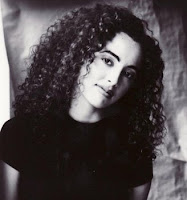 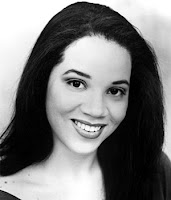 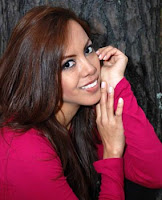 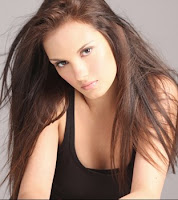 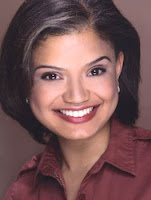 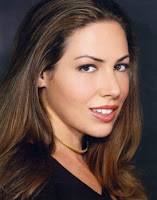 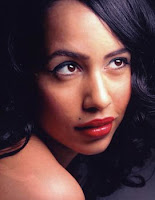 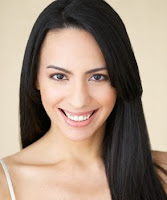 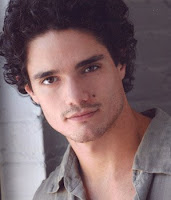 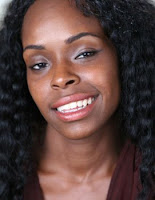 The Fantastic Experimental Latino Theater (FELT) presented Screaming in Silence at the Milagro Theater at the CSV Cultural and Educational Center (home to HOLA) in the Loisaida neighborhood of Manhattan. Adapted by the Deyanira García book of poetry by Marisol Carrere and Gloria Zelaya and directed by Zelaya, the play featured choreography by Sunilda Caraballo, and starred Carrere, Marcela Barrientos, Edmi de Jesús, Luciano Patiño, Daphne López Polo Domínguez and Ana María Estrada.

And while on the topic of Romeo and Juliet, Thalía Spanish Theatre is presenting their own take on the Bard's tragedy with Amor Latino. A flamenco, jazz, tap musical conceived, designed, produced and directed by Ángel Gil Orrios, the production takes place in its namesake theater in Sunnyside neighborhood of Queens. Boasting music by Basilio Georges and choreography by Aurora Reyes, the cast includes Lia Ochoa; Gerson Lanza; Dolores Sánchez; Xianix Barrera; Milteri Tucker; Maurice Malcolm, Jr.; Josh Johnson; and Dmitriy Yepishin.

Mateo Gómez is set to act in the production Re:turn. Billed as "a play with film, dance and live music," it was written, directed and choreographed by Dagmar Spain and presented at the Kraine Theater in Manhattan's East Village.

If you are an HOLA member and want to submit a bochinche item, send us an e-mail at holagram@hellohola.org. If you are not an HOLA member, why not join?
Posted by EL BLOG DE HOLA at 10:17 AM No comments:

One-on-one discussions with Latino performers in the industry

Screen Actors Guild's Affirmative Action & Diversity Department and the Hispanic Organization of Latin Actors invite you to a candid discussion with Tony–nominated actor-singer-songwriter Daphne Rubin-Vega (Rent, Anna in the Tropics) as she discusses her life and career in theatre, film and music with journalist and writer Mario Bósquez (Martha Stewart Network/Sirius Satellite Radio).


This invitation is open to members of SAG and HOLA and a guest. Admission is free, but reservations are strongly encouraged. When RSVP’ing, please indicate whether you are a member of SAG, HOLA, or both. Once you have RSVP’d, please consider yourself confirmed.

Attendance is based on a first-come first-served basis—please arrive promptly to ensure seating.
Posted by EL BLOG DE HOLA at 11:42 AM No comments:

Lin-Manuel Miranda at the 2007 HOLA Awards

Tony Award winning actor, composer, and Friend of HOLA Lin-Manuel Miranda accepts the 2007 HOLA Award for Outstanding Performance by a Lead Male Actor for In The Heights. He also won the 2007 HOLA Outstanding Achievement in Playwriting with Quiara Alegría Hudes for the same play. The speech is mostly in English with some disparates in español.


Do you want to be a Friend of HOLA?

Call HOLA at (212) 253-1015, e-mail us at holagram@hellohola.org, or just charge your contribution online by clicking here and type in the keyword "Hispanic Organization of Latin Actors." It's that easy. Support the mission of HOLA. Become a FRIEND OF HOLA.
Posted by EL BLOG DE HOLA at 12:32 PM No comments: 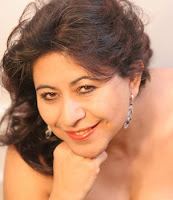 d an educational video in Spanish where, as host, she talked about the dangers of high cholesterol. It was directed by fellow HOLA member Ernesto De Villa Bejjani. In addition, she booked an NYU student film directed by Elena Greenlee and a feature film (The Imperialists Are Still Alive) directed by Zeina Durra. Most recently, she booked a McDonald's commercial, for which she became eligible for and joined the Screen Actors Guild (SAG). She happily reported to us that she got most of these gigs when casting directors saw her headshot on the HOLA online directory of talent.

Mateo Gómez is currently performing in The Old Man and the Sea, a stage adaptation of the Ernest Hemingway novella. The three-hander, adapted by Eric Ting and Craig Siebels and directed by Ting, is being performed at the Long Wharf Theater in New Haven, Connecticut. Of his performance, Variety wrote, "Gómez gives a richly varied, passionate and leonine performance as the Old Man." 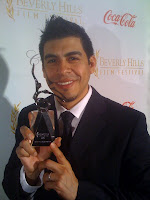 Actor/filmmaker César De León, shown at right, e-mailed us to let us know that his script for the film Salud won Best Film Screenplay at the Beverly Hills Film Festival. For more information, check out www.saludfilm.com.

Gilbert Cruz is at it again. The working actor booked an industrial for Colgate Palmolive concerning workplace behavior. He also booked a reading of a Carlos Lacámara play in Hudson, New York.

If you are an HOLA member and want to submit a bochinche item, send us an e-mail at holagram@hellohola.org. If you are not an HOLA member, why not join?
Posted by EL BLOG DE HOLA at 10:53 AM No comments:

(January 30, 1938 – March 22, 2009) was an actress, comedian, and impersonator. Her stage and screen resume is extensive but she is best known for her work with the television series "El Show de Chucho," "El Show de las 12" and "En Casa de Juanma y Wiwi." The last aired for 14 years on Puerto Rican television.

On stage, she starred in a new concept series of a one woman comedy act, titled Desconcierto (in the Spanish language, the title is literally the antonym of the word for "concert"). In the Desconcierto series, she impersonated several Puerto Rican celebrities. Desconcierto kept running on stage for 15 consecutive years, in two-month seasons. Other stage credits include Miss Adelaide in Guys and Dolls, Dos mujeres en mi tierra (about Julia de Burgos and Sylvia Rexach and co-starring her daughter Myraida Chávez), Al derecho y al revés, Salvemos los delfines, Cosas de papi y mami, Teatruras de gala, Morisquetas and Nacionalmente correcta. In addition, she was also a radio host.

When the Tapia Theater was reopened in Old San Juan, Puerto Rico, San Juan mayor Jorge Santini dedicated the theater café in her name. She passed away after a bout of pneumonia. Her nephew is the Broadway actor (and HOLA member) Tony Chiroldes.

When he was a child, he went with his mother to see a play. He was so impressed with his first experience with the theater, that when the curtains rose and the actors did their show, he knew then that he wanted to become an actor.

His father worked at a supermarket which was located next to the radio station "Radio El Mundo." Manuel Méndez Ballester, a well known playwright, who worked as a writer for the radio station, would frequently visit the supermarket. Suárez's father, soon became friends with Ballester. One day, in 1947, Ballester told the elder Saurez that he was in need of an 8-year-old for the protagonist role in a play that he wrote, because the person he had in mind didn't pass the audition. When the elder Suárez realized that the "part" paid more than what he was making working in the supermarket, he took his son to the audition the next day and that was the beginning of Suárez's acting career.

A gifted actor, writer, producer and director, he had an extensive resume of stage work. His last appearance was a production of two one-acts in which he directed both and appeared in one. The one-act he appeared in was the Edward Albee play The Zoo Story. On TV, his credits included the soap operas Amor gitano, Corazon de diamante, Laura Benson, Vivir para ti and Señora Tentación.

For more information on these actors, look up their respective entries in the Internet Movie Database (www.imdb.com) or Wikipedia (en.wikipedia.org). Que descansen en paz.
Posted by EL BLOG DE HOLA at 11:59 AM No comments: