has been cast in the Arkansas Repertory Theater production of Pete 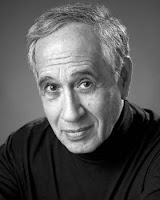 r Morgan's Frost/Nixon. Directed by Gilbert McCauley, the production is scheduled for an April premiere at the theater, located in Little Rock.

Juan Villarreal, seen at right, can be seen in an upcoming episode of the HBO series "How To Make It in America." He got the gig through a casting notice sent to HOLA members.
Damaris Cabr 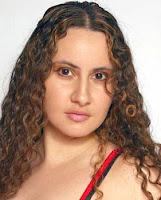 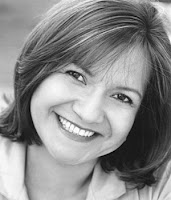 era and Daisy Cabrera (no relation), shown at left, booked a pharmaceutical print ad due to a casting notice sent to our HOLA members. In addition, Damaris Cabrera filmed a short film called Victor's Masterpiece, directed by Rob Santana.

Gilbert Cruz performed in a workshop production of Lope de Vega's The Duchess of Amalfi's Steward. It was directed by Michael John Garcés and presented at the Red Bull Theater, located at the Theater at St. Clement's in the theater district of midtown Manhattan. He followed this up with a role in the independent film GWB, written and to be directed by Jonathan Ullman.

Graciela Lecube starred in the film Rosa and the Executioner of the Fiend, which is now available on DVD. The film, written and directed by Iván Acosta, also starred Gabriel Gorcés, Rubén Rabasa, Susan Rybin and Ileana Canal. To read a review of the movie, click here.

A.B. Lugo performed his spoken word poetry (along with Aja Monet and Simply Rob) at an event entitled Speak Up! Speak Out! at El Museo Del Barrio. The poetry series is curated by Emanuel Xavier and this particular incarnation was hosted by Caridad De La Luz.

If you are an HOLA member and want to submit a bochinche item, send us an e-mail at holagram@hellohola.org. If you are not an HOLA member, why not join?
Posted by EL BLOG DE HOLA at 1:19 PM No comments:

Chita Rivera (born Dolores Conchita Figueroa del Rivero on January 23, 1933 in Washington, District of Columbia, U.S.A.) is an actress, dancer and singer best known for her roles in musical theater. She is the first Latina to receive a Kennedy Center Honors award (December 2002). She was awarded the Presidential Medal of Freedom in 2009.

Born the daughter of a government clerk mother of Scottish and Italian descent and a Puerto Rican clarinetist and saxophonist father. She was seven years old when her mother was widowed and went to work for The Pentagon. In 1944, her mother enrolled her in the Jones-Haywood School of Ballet (now the Jones Haywood School of Dance). Later, when she was 15, a teacher from George Balanchine's School of American Ballet visited their studio and she was one of two students picked to audition in New York City; she was accompanied to the audition by Doris Jones, one of the people who ran the Jones-Haywood School. Her audition was successful and she was accepted into the school and given a scholarship.

In 1952, she accompanied a friend to the audition for a Broadway production of Call Me Madam and ended up winning the role herself. She followed this by landing roles in other Broadway productions such as Guys and Dolls and Can-Can. In 1957, she was cast in the role which was destined to make her a Broadway star, the firebrand Anita in West Side Story. (The role would bring fame and an Oscar to another Puerto Rican, Rita Moreno, in the 1961 film version). Rivera starred in a national tour of Can-Can and played the role of Nicky in the film adaptation of Sweet Charity with Shirley MacLaine.

On December 1, 1957, she married dancer Tony Mordente. Her performance was so important for the success of the show that the London production of West Side Story was postponed until she gave birth to the couple's daughter Lisa. In 1975 she appeared as Velma Kelly in the original cast of the musical Chicago.

In 1984 she starred in the musical The Rink with Liza Minnelli and won her first Tony award for her role as Anna. In 1986, she was in a severe accident when her car collided with a taxi in Manhattan. Injuries sustained included the breaking of her left leg in twelve places, requiring eighteen screws and two braces to mend. After rehabilitation, she continued to perform on stage. Miraculously revitalized, in 1988, she endeavored in a restaurant venture in partnership with the novelist, Daniel Simone. The eatery, located on 42nd Street between 9th and 10th Avenue, was named after her, Chita's. It soon became a significant attraction for the after-theater crowds and remained open until 1994.

She appeared in a filmed for the television version of the musical Pippin in 1981, as Fastrada. In 1993, she received a Tony Award for Best Leading Actress in a Musical for her portrayal of Aurora in the Tony-award winning musical Kiss of the Spider Woman (written by Kander and Ebb).

She starred in the Goodman Theatre production of the Kander and Ebb musical The Visit as Claire Zachanassian in 2001. In 2008 she appeared in a revised production of the musical at the Signature Theatre in Arlington, Virginia, co-starring George Hearn. In 2003, Rivera returned to Broadway in the 2003 revival of Nine (opposite Antonio Banderas) as Liliane La Fleur, and received her eighth career Tony Award nomination (Best Featured Actress in a Musical) and fourth Drama Desk Award nomination (Outstanding Featured Actress in a Musical). She later appeared on the revival's cast album.

On television, she guest-starred on "The Judy Garland Show" and in an episode of "Will & Grace," and in December of that year, Chita Rivera: The Dancer's Life, a retrospective of her career, opened on Broadway. She received yet another Tony nomination for her self-portrayal. She also had a cameo in the 2002 movie version of Chicago and guest-starred on a 2008 episode of The Disney Channel's "Johnny and the Sprites" as Queen of All Magical Beings. In 2009, she released a new album titled, And Now I Swing to rave reviews.

Chita Rivera in a performance from 1982 at the Kennedy Center in her hometown of Washington, District of Columbia, U.S.A.

Gladys K. Nilsen e-mailed us to let us know that she sang in The Triad cabaret in the Manhattan's West Side and at the Paris Commune in Manhattan's West Village. At the latter gig, she also collected donations for Chile earthquake relief. In addition, she can be seen in a Spanish-language commercial for 1 (800) CANTASO.

Zulema Ewens can be seen in The Passion Play at the Park Performing Arts Center in Union City, New Jersey. The Passion Play chronicles Jesus Christ’s last five days, from Palm Sunday to Easter. It has been performed in Oberammergau, Germany since 1634, and is still performed there today. The Union City version was first presented in 1915 by a group of German and Swiss immigrants who modeled it on the German version. (It is currently the longest-running version of the play in the United States.) For more information, click here for a news article in the Hudson Reporter.

Jean-Marc Berne is continuing his Tuesday night residency performing his music at Locksmith Wine & Bar in the Washington Heights district of Manhattan.

If you are an HOLA member and want to submit a bochinche item, send us an e-mail at holagram@hellohola.org. If you are not an HOLA member, why not join?
Posted by EL BLOG DE HOLA at 10:32 AM No comments:

HOLAfábrica Workshops and Seminars presents COMPUTERS AND THE ACTOR

DO YOU THINK YOU ARE COMPUTER ILLITERATE?

Computers and the Actor
or, how to survive an e-mail picture and
resume submission mailer-dæmon

HOLA Award recipient Francisco Fuertes is the Director of Computer Operations of a large national apparel company, an actor/singer and the Spanish voice of the New York State Lottery.

Learn the best way to manage your career from your computer using e-mails, cover letters, pictures and resumes and most importantly, how not to send an e-mail announcement. Also covered: MP3 File audition recording.


If you have a laptop, bring one in.

Mario Golden will soon present his solo show, Confessions of a Papi Chulo. Selected to be part of the One Festival, the show is directed by Andreas Robertz and will be presented at Teatro LA TEA in the CSV Cultural Center (home to HOLA) in the Loisaida section of Manhattan.

Luis Carlos de La Lombana will also present his solo show, A Stone That Keeps Rolling. Self-penned, the show (in which he plays Mick Jagger), will be directed by Susan Batson and produced by Black Nexxus as part of its Slices of Lives festival at its eponymous space in the theater district of midtown Manhattan.

V-Day NYC is presenting Eve Ensler's play The Vagina Monologues (Los monólogos de la vagina) in a bilingual production. Presented as a benefit to stop violence against women and girls, the play is scheduled for an April run at the Nuyorican Poets' Café in Manhattan's East Village and features Gabriela García and Tresha Rodríguez in the cast. For more information, click here.

Miguel Ángel Juan made history as the first Puerto Rican clown in Belarus. For more information, click here for the article (note that it is in Spanish).

If you are an HOLA member and want to submit a bochinche item, send us an e-mail at holagram@hellohola.org. If you are not an HOLA member, why not join?
Posted by EL BLOG DE HOLA at 12:02 PM No comments:

Alberto Bonilla can be seen in movie theaters in the hit Kevin Smith-helmed film Cop Out (starring Bruce Willis and Tracy Morgan). In addition, he has two commercials running-- one for Bank of America and one for Cottonelle, the latter of which can be seen here. Finally, he wrote and directed the short film The Speed of Love, which was recently screened. For more information on any of these projects, click here.

Wanda Arriaga and Frank Rodríguez are presenting their solo shows (Mi última noche con Rubén Blades and Cosas que encontré en mi camino, respectively) for a March run. Written by Tere Martínez and Iván Acosta, respectively, and directed by Mario Colón, the shows are billed as Lo Nuestro es puro teatro (Our Thing is All an Act) and are scheduled to take place at Teatro LA TEA in the CSV Cultural Center (home to HOLA) in the Loisaida section of Manhattan.

Tere Martínez is presenting her new play I Want You By My Side (an adaptation of Pati Doménech's play Quiero que estés en mi lado). Presented at Teatro IATI in Manhattan's East Village, the play is directed Arian Blanco, features Howard Collado, Anita Kalathara and Miriam Morales and is stage managed by Karina Alós. The show is scheduled for a late March through early April run.

Erika Cazeneuve can be seen in Decade at a Glance. Presented by the Stella Adler Studio, in association with Interaction Arts, the piece was created and directed by Joan Evans and is taking place at Stella Adler Studio of Acting in the Flatiron district of Manhattan.

If you are an HOLA member and want to submit a bochinche item, send us an e-mail at holagram@hellohola.org. If you are not an HOLA member, why not join?
Posted by EL BLOG DE HOLA at 11:15 AM No comments: