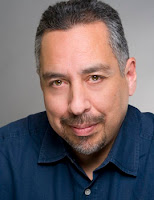 Members Plinio Villablanca and Victor Cruz will appear in IATI Theater's newest production Eyes That Don't See, Corazón Que No Siente. Written by Michael Leon and directed by Victoria Collado, the play is a tribute and a reclamation of the American family dramas. The play straddles two worlds that are at complete odds with each other. As the main character is grappling with her role in society and in her family as a first generation Cuban-American, the style of the play begins to shift in order to embody her inner struggle. The play draws influences from Arthur Miller, Eugene O’Neill, Maria Irenes Fornes and José Rivera. 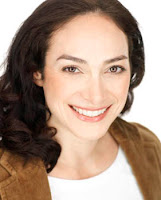 Starting May 31st at the Paper Mill House, Revolución Latina Co-Founder director and HOLA member Gabriela Garcia comes back to the stage with Half Time The Musical. She joins Broadway legends Donna McKechnie, Lillas White and more in this new musical directed and choreographed by Jerry Mitchell. 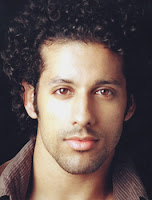 Luis Salgado was recognized for artistic work and the inspiration he shares with the community at GALA Hispanic Theatre's 2018 Noche de Estrellas in Washington DC. Luis celebrated the work of GALA and it's founders Hugo Medrano y Rebecca Read Medrano. Felicitaciones, Luis!


Congratulations to all of our members in performance!

Countdown to a Pension by George E. Joshua
Roland as Charles, Angela as Brenda.

One Twenty-One by JD Stewart
Philipp as River, Angela as Maggie.

Searching for Eve by Daphne Lopez
Imani as Eve, David as Ray, Nicholas as Bartender, Angela as Hostess,
Bertha as News Reporter, Monica as Waitress.

Special thanks to Teatro La Tea. Look out this Fall for our reading of David Nieves’ play “Sweet Land”!

The Allen Davis Playwriting Lab is a collaboration between FELT and OneHeart Productions. The Lab meets seasonally from October to May. During lab sessions participants receive as well as provide rigorous feedback and critique on works in progress submitted for review. Sessions are co-facilitated by Mario Golden and Andreas Robertz.

The Fantastic Experimental Latino Theater, Inc. (FELT), Gloria Zelaya, Artistic Producer Director, is a non-profit production company founded in 1994. With our thought provoking, multi-media theater and film productions, we reach a multi-ethnic and inter-generational, diverse audience, representative of the nation’s cultural tapestry. Through our writing Lab we support the development of original works by emerging and professional playwrights. feltincnyc@gmail.com • www.felttheater.info

OneHeart Productions, Inc. (OneHeart) was founded in 1999 by a team of artists committed to creating theatre that is raw, alive, and vibrant. We produce plays that seek to inspire, challenge, and enlighten. Through long-term collaborations with theatre artists in New York and abroad we create projects and programs focused on community building, reconciliation, and the expansion of human consciousness. info@oneheartproductions.org • www.oneheartproductions.org

9:20PM: Editor-Producer & Screenwriter-Director, Alex Lora has won over 100 awards, and has been at Berlinale's Talent Campus to IFP Independent Week 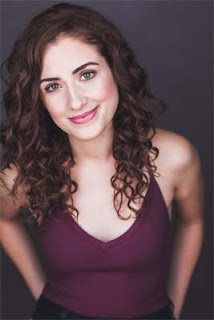 HOLA member Allison Strong stars in the new Netflix comedy The Week Of, alongside Adam Sandler and Chris Rock. In The Week Of, two fathers with clashing views about their children's upcoming wedding struggle to keep it together during the chaotic week before the big day. Allison does a fabulous job playing Adam Sandler's daughter. Congratulations, Allison!

If you want to learn more about Allison, you can visit her webpage!

Check out the trailer below!