Zahaira Curiel e-mailed us to let us know of her upcoming projects. She will first act in the Murray H. Kiok play Canaan as part of the Strawberry One-Act Festival run by The Riant Theatre. Directed by Bob Hunckley, the show will take place at The Hudson Guild Theater in Manhattan's Chelsea neighborhood. She will follow this up with a role in Deeon Brown's The Slums of Neverland at Theater for the New City in Manhattan's East Village neighborhood.


Luis Carlos de La Lombana, Nanda Abella, Irene Aguilar, Israel Ruiz, Adela María Bolet and Winston Estévez will appear in a stage adaptation of Federico Fellini, Tullio Pinelli and Ennio Flaiano's La Strada. A co-production between Teatro IATI and Spain's Compañía La Strada, the play was adapted by Gerard Vásquez, directed by René Buch and Jorge B. Merced and is scheduled for a February and March run in Teatro IATI's space in the East Village area of Manhattan.

José Yenque was interviewed about his mother, actor Teresa Yenque, his work as an actor and as a humanitarian on the syndicated television series "LatiNation." The interview can be seen below. 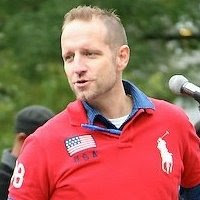 Wanna attend a really cool and fun workshop that is geared to helping you sound more “American?” Ya know, the way Americans “sing” when they speak has a reason and you’ll learn the “why.” If English is your SECOND LANGUAGE or even if you grew up here, in NYC, by attending the workshop, you’ll get some insight on how to sound more “Standard American” and less, well, whatever you sound like now! Sure, that Latin American accent sounds so sexy to us “Americans” and why not learn how to soften it for a role that requires less of it!

Do you know how many different ways you can say the phrase “He likes the color purple?” There are at least six (6) different ways to say that simple phrase and each one is TOTALLY DIFFERENT. Come to the workshop and find out how!

We at HOLA look forward to seeing you on the 10th!
Wine and cheese will be served (so that you are more relaxed…).

Glenn Zuraw
Certified ESL Teacher/Accent Reduction Coach
REGISTRATION UPON PAYMENT
(212) 253-1015
AMEX, MASTERCARD AND VISA ACCEPTED
$25 (non-HOLA members: $35)
Thoughts by some of his previous students...
"He [Zuraw] was great, knowledgeable, friendly and engaging."
"He gave us many tips and insights. Very amenable and clear."
"Very fun and informative. [He] dominated the topic."
"Great teacher. Thorough. Many more people can benefit from it."
"The instructor was patient and knowledgeable. Nice, friendly and respectful."
"Very informative, fun and friendly. Helpful."

Working as an actor in the States...

HOLAfábrica
invites you to a presentation on

The Realities of Visas and Green Cards for Actors

Your HOLA member card entitles you to discounts at the following stores. You must present your HOLA member card in order to receive the discount. If you are a current HOLA member and have misplaced your member card, please call the office at (212) 253-1015 or e-mail us at info@hellohola.org so that we can get you a new one.

(at Devoe Street, near Metropolitan Avenue)

inquire with photographer for discount

inquire with photographer for discount

Also, don't forget that HOLA members can be a part of the Actors Federal Credit Union (ActorsFCU) without having to be a member of a performing union. Credit unions offer the same services as banks and are federally insured. A minimum of $100 is required to open up an ActorsFCU account. ActorsFCU offers savings and checking accounts, certificates of deposit, debit and credit cards and loans, all at rates that are highly competitive to commercial bank rates and just as safe. ActorsFCU, 165 West 46th Street (between Avenue of the Americas and Broadway), 14th Floor, New York, NY 10036 (212) 869-8926 ext. 315.

ría Bolet, left, was cast as one of the lead roles in Edwin Pagán's next horror film The Talisman after she read about the casting notice in HOLA's daily e-mail announcements.

Ángel Gil Orrios is slated to produce, design and direct the world premiere of You Tango? With music arranged and directed by HOLA Award and Latin Grammy winner Raúl Jaurena, it is a celebration of the greatest hits of tango. The production will take place at Thalía Spanish Theatre in the Sunnyside area of Queens for an eight-week run beginning late January with singers Marga Mitchell and "El Pulpo"; dancers Iván Terrazas, Sara Grdan, Mariana Fresno and Diego Ocampo; and musicians Jaurena, Maurizio Najt, Beledo, Pablo Aslán and Sergio Reyes.

If you are an HOLA member and want to submit a bochinche item, send us an e-mail at holagram@hellohola.org. If you are not an HOLA member, why not join?
Posted by EL BLOG DE HOLA at 2:33 PM No comments:

Alberto Bonilla is slated to direct Dolores and North of Providence, two one-act plays by Edward Allan Baker. Scheduled for a January-February run by Teatro LATEA at its namesake theater in the Clemente Soto Vélez Cultural and Educational Center (home to HOLA) in the Loísaida neighborhood of Manhattan, the show will have Rachel Cornish, Sat Charn Fox, John Golaszewski and Rebecca Nyahay in the cast.

Also at Teatro LATEA, Marco Antonio Rodríguez is set to direct his play La luz del cigarillo. Scheduled for an April and May run, the show will have Ismael Cruz Córdova, Susanna Guzmán, Arisleyda Lombert and Teresa Yenque in the cast.

Teatro IATI, in association with the Hudson Exploited Theater Company (HExTC) will present Cuban Operator Please.... Written by Adrián Rodríguez and directed by Arian Blanco, the play is scheduled for a February run at Teatro IATI's namesake theater in Manhattan's East Village with José Antonio, Omar Hernández and Ileana Canal in the cast.

If you are an HOLA member and want to submit a bochinche item, send us an e-mail at holagram@hellohola.org. If you are not an HOLA member, why not join?
Posted by EL BLOG DE HOLA at 1:29 PM 1 comment:

Report and Photos from special HOLAtalks event with LAUREN VÉLEZ

The Hispanic Organization of Latin Actors (HOLA) hosted an evening with Lauren Vélez on Tuesday, January 11, 2011. Teatro LATEA, in association with Dura Vida Productions, presented They Call Me La Lupe, a solo show starring Ms. Vélez as the famed Afro-Cuban singer La Lupe. With percussion accompaniment by Ángel R. Rodríguez, Sr., the show was written by Luis Caballero and James Manos, Jr., and directed by Verónica Caicedo. After the performance, HOLA presented a special HOLAtalks post-performance discussion with Mmes Vélez and Caicedo, as moderated by writer-journalist Robert Domínguez. Photos from the event are below. Photos are by Anthony Ruiz/ARuiz Photography.

Jean-Marc Berne did voiceovers for the IRS (Spanish radio commercial), McKinsey (in English), Bud Light (English and Spanish radio commercials) and the National Alliance of Public Charter Schools (in Spanish). He also appeared in a Metro Cable Spanish on-camera commercial.
If you are an HOLA member and want to submit a bochinche item, send us an e-mail at holagram@hellohola.org. If you are not an HOLA member, why not join?

Daphne Rubin-Vega can currently be seen opposite Ethan Hawke, Natasha Lyonne, Becky Ann Baker, Thomas Guiry and Gordon Clapp in the off-Broadway play Blood From a Stone, the New Group's first production of its 2010-11 season. Written by Tommy Nohilly and directed by Scott Elliott (artistic director of the New Group) will continue performances through February 19, 2011 at the New Group’s home, the Acorn Theater at Theater Row in the theater district of midtown Manhattan.
Later in their season the New Group will be One Arm, based on a Tennessee Williams short story that also inspired an unproduced screenplay. The New Group is collaborating with the Tectonic Theater Company on the play, which is adapted by the production’s director, the Tectonic founder, Moisés Kaufman. The run is scheduled for May and June 2011 and casting is to be announced.

John Leguizamo will present his latest solo show, first in Chicago at the Royal George Theater in the beginning of February (under the name John Leguizamo Warms Up) before transferring it to Broadway under the name Ghetto Klown. Directed by Fisher Stevens, it will be presented for a limited 12-week run to begin previews February 21, 2011 at the Lyceum Theater and scheduled for an official opening on March 22, 2011.
If you are an HOLA member and want to submit a bochinche item, send us an e-mail at holagram@hellohola.org. If you are not an HOLA member, why not join?

THEY CALL ME LA LUPE

HOLA is hosting a performance of the show PLUS
a special post-performance discussion with Ms. Vélez

OPEN TO HOLA MEMBERS, FRIENDS OF HOLA AND THEIR GUESTS

TICKETS ARE AT A DISCOUNTED $20 FOR THIS EVENT
FOR HOLA MEMBERS AND FRIENDS OF HOLA.
(A service charge applies. All sales are final.)