A pair of tributes to actor, announcer, voiceover artist, director, producer and HOLA's former chair of the Board of Directors Francisco G. Rivela.

A tribute from Walter Krochmal.

As I recall it, Francisco Rivela and I first met in the mid-80’s, possibly 1985. I was just two years out of college, a young actor still trying to find my way in New York City. The sale of my futon mattress to pay for the Greyhound bus fare from Boston to New York still smarted. As a denizen of the East Village, I’d found a comfortable enough nook in the city, but the odd jobs weren’t cutting it, the acting gigs seemed light years away and my spirits had begun to flag.

Then suddenly I found myself cast in my first English-language play in the city, I Too Speak of the Rose by Emilio Carballido, at the now-defunct Wonderhorse Theater, a rock’s throw from La MaMa on East 4th Street. We had a great cast, directed by an Argentine named Hugo Halbrich and including myself, Wanda de Jesús, Felix Pitre, Mel Nieves… and Francisco Rivela. One particularly vivid image remains stamped in my brain forever, and it involves Francisco.

Now understand that, downtrodden though I was, I thought at that time in my life that I had a lock on crazy stage shenanigans. In college, I’d done full frontal nudity in a Sam Shepard play, acted in Hindi (phonetically), done avant garde British drama and some other wacky projects, then in New York performed in a rustic Honduran peasant comedy throughout the city, begun to write my own material for one-man shows, and taken every opportunity to stretch my artistic muscles and do something different and unexpected. Before I Too Speak of the Rose had opened, however, Francisco did something that let me know I’d met my match.

The memory’s the briefest of flashes. We’re possibly waiting for a light cue to come onstage during a tech rehearsal. As my eyes rove around in the darkness backstage, a glimpse of something unusual commands my attention. My eyes focus on Francisco. Actually, on his midpart. His tall, svelte frame stands there naked but for he’s rockin’ a pair of smooth, shiny, fire-engine red underwear with a huge bow – stitched, sewn, taped, velcro’d or attached via who knows what technology to the cloth – placed exactly over his naughty bits. Looking up to his face (and this is what makes me bust a gut laughing), in stark contrast to the get-up, I see Francisco wearing his habitually serious, scholarly, poker-faced (or pecker-faced) expression. He’s the living embodiment of the comedian, dead in earnest, completely unaware of doing anything amiss or funny. He’d forgotten about his codpiece to focus on the serious matter at hand. When he heard me laugh and saw me pointing at his crotch, he, too, bust out laughing and made some comment or other in his distinguished Spaniard’s Spanish that made me laugh even harder. This “bit” had not been rehearsed previously, and added an entirely new dimension to the director’s vision…

I can’t recall now, through the fog of two and a half decades, whether the director approved of Francisco’s shenanigans, but my heart asks me, could anyone honestly resist such a distilled expression of the manchild as Francisco represented at that moment?

As hilarious and over-the-top as the red bloomers were, though, give Francisco credit. A small-minded, shameless scene-stealer would have opted for a PASTIE, not a BOW, leaving his buttocks exposed and cracking open the floodgates (‘scuse the pun) for cheap laughs. That’s not Francisco. He was an artist who fought mightily to find the sublime in his art, who never took the easy way out.

We went on to work together in many classical Spanish productions at Repertorio Español, where I acted opposite him in The Rake of Seville. I played the title role of Don Juan, and he played the oafish peasant Batricio, whose fiancée Don Juan steals. In one short scene, we had some physical business in which I mistreated him. As careful and controlled as I tried to be, I always came off stage deathly worried that I’d hurt him. Why? Because he possessed that rarest of virtues among actors: he never “finished” acting. He never gave you that blank stare that says “I said my lines, now you say your lines and I’ll wait.” He was always deeply committed to the moment, to the freshness of his scene partner’s performance as much as his own performance. When you stepped on stage with Francisco, you didn’t think twice about leaping into the void because he would be there to catch you. And if you weren’t careful he could steal the scene from you, not because he was selfish but because he was so believable and true.

In subsequent years we each went our own way. As time went by, I began to hear more and more of Francisco’s voice everywhere I went, on the radio, on television. As a young, rebellious, idealistic actor, I remember ruing the fact that such a wonderful actor had turned to commercial work, and I’ll be perfectly honest, I didn’t approve. Yet no matter what he did, commercial or non-commercial, he set the bar as high as it would go and kept it there throughout his career. That’s what turned him, most deservedly, into the Spanish voice-over artist of our generation. He always brought his crisp diction, diaphanous tone and delicious life and limberness to whatever words he had to speak, and only got better with time. You never sensed that he’d slacked off or gotten complacent or lazy.

In recent years, as my thinking evolved and I began branching out into commercial work myself, Francisco and I began to run into each other at auditions. He was always affable, always focused, ever the professional. When I began working as a Spanish reader for Recorded Books, we began to see each other occasionally at the office. Last summer we took a photo together and I can honestly say that by that time, I’d come to understand him and appreciate him. I don’t have many heros, but I do recognize that Francisco set the golden standard for our profession and I’m now honored to follow in his footsteps. In large measure Francisco taught me that no matter what you do as an actor, commercial or non-commercial, you always bring high standards with you.

In addition to Francisco’s virtues as an artist, I also remember some of his personal qualities. He was mature beyond his years. When many of us were chasing skirts, he spoke with classy lusftulness of his adored wife Alina, who he married at a relatively young age and stayed with throughout his life. I later learned that he’d built a theater in their apartment. I’ve never seen it, but I visualize a shrine built with concentrated love and reverence. He also worked tirelessly as a union organizer and as an HOLA board member so that coming generations would continue to find dignity and rewards in our line of work.

I look forward to the tribute tonight at Repertorio Español, where we both enjoyed fine hours onstage in the 80’s. And I’ll wear something red. Age-appropriate, of course, for modesty’s sake and because I cannot possibly replicate what Francisco did so masterfully in his skivvies way back then. But yes, red and somewhat outlandish. Look for that item. It will be channeling the spirit of a great and talented performer whose life and career made us all so rich and powerful. 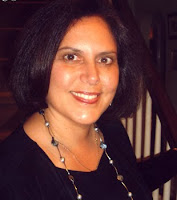 t, shown at left, booked a national Bank of A 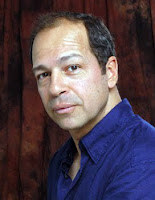 merica commercial as the result of an HOLA referral. In addition, Ms. Bolet is currently rehearsing Suburban Tribulations: An Evening of Powerful Short Plays. Written by Megan Lohne and Deborah Finkelstein and directed by Camille Theobald, the production is scheduled for a January run at the 5C Café in the Loisaida section of Manhattan. Gilbert Cruz, shown at right, also booked the Bank of America commercial. In addition, he booked a role on the FX television series "Damages," as well as two short films (the latter due to an HOLA referral).

Allison Strong can be seen on the Broadway stage in the Broadway musical Bye Bye Birdie at the Henry Miller Theater. In addition, she can be seen in the Backstage industry paper as one of the five actors in the A Fresh Take section.

A.B. Lugo is presenting a workshop production of his play Geneva. The play won the third place at the Teatro LA TEA's Así Somos (As We Are) Bilingual Playwrights Festival, and as a result, earned a January run at LA TEA's eponymous theater in the CSV Cultural and Educational Center (home to HOLA) in the Loisaida neighborhood of Manhattan. Directed by Arian Blanco, the play featured Iván Goris and Ileana Canal in the cast.

If you are an HOLA member and want to submit a bochinche item, send us an e-mail at holagram@hellohola.org. If you are not an HOLA member, why not join?
Posted by EL BLOG DE HOLA at 2:35 PM 1 comment:

TWO WORKSHOPS FOR HOLA MEMBERS IN FEBRUARY AND MARCH 2010

The Mental Game of A 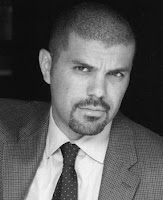 uditioning workshop uses video recordings in real time of student mock auditions, as well as teach the actor how to not get intimidated in front of casting directors and producers. The workshop will take place at Los Kabayitos Theater, on the second floor of the CSV Cultural and Educational Center (home to HOLA) on Wednesday and Thursday, February 17 and 18, 2010 from 7-9pm both nights. Hermán Chaves is a bicoastal actor and teaches privately. Film and TV credits include Taxi, Shelter, Apartment 5c, "24," "Invasion," "ER," "The Sopranos," "Law & Order," "Law & Order SVU" and "Third Watch." 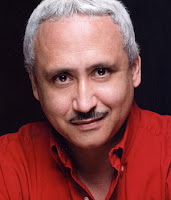 esdays and Thursdays between March 9 and March 25, 2010 from 6:30pm to 8:30pm. Manuel Herrera, actor, voiceover artist, director, producer and HOLA's longtime Special Projects Director and Rights Acquisitions/Director Audio Libros at Recorded Books in Manhattan will conduct the class. Voiceovers in Spanish are one of the fastest growing fields in this industry and this workshop gets filled quickly.

Both workshops will take place at 107 Suffolk Street (between Rivington and Delancey streets) in the Lower East Side of Manhattan, NYC. Workshop class size is limited.

The Mental Game for Auditioning, led by Hermán Chaves, and the Spanish Language Voicover Workshop, led by Manuel Herrera, will kick off the HOLAfábrica series of workshops and seminars for 2010. For fees and registration call HOLA at (212) 253-1015 or click here.

Below is a list of new (and returning) HOLA members who joined between November 1, 2009 and December 31, 2009. (Note that "returning members" refer those members who have returned to HOLA after having their memberships expire for some time and do not include renewing members.) 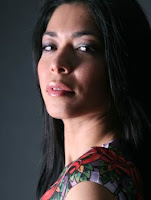 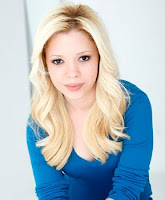 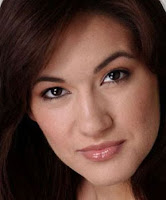 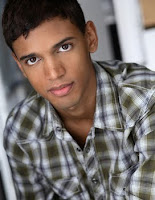 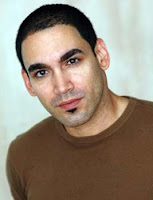 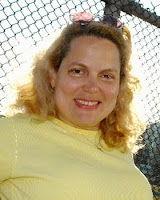 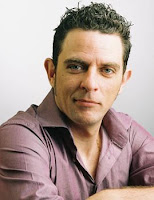 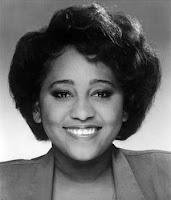 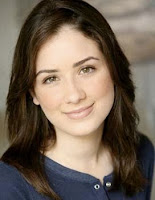 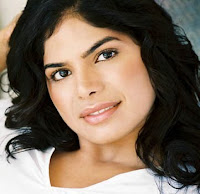 actor, director, producer, announcer
and former Chairman of the Board of HOLA