Caridad de la Luz (also known by her nom de poésie et de musique La Bruja), shown at right, will be one of the headliners of The Femcee, a showcase of female hip hop artists. She will perform on a bill with Rah Digga, Queen Herawin, Nemiss, Dama Nilz, Ma Barker, LG (Team Genius), among others. The concert will take place on Tuesday, December 16, 2014 at Santos Party House in Manhattan's Loisaida neighborhood. In addition, she will perform a New Year's Eve concert with Chembo Corniel at the world famous Nuyorican Poets' Café, also located in the Loísaida area of Manhattan.

Ernesto López is directing the LoMA Theater Ensemble production of House of Bernarda. Adapted from the Federico García Lorca classic play The House of Bernarda Alba by López, the production will take place in December at the Lower Manhattan Arts Arts Academy, located in Manhattan's Loísaida neighborhood. 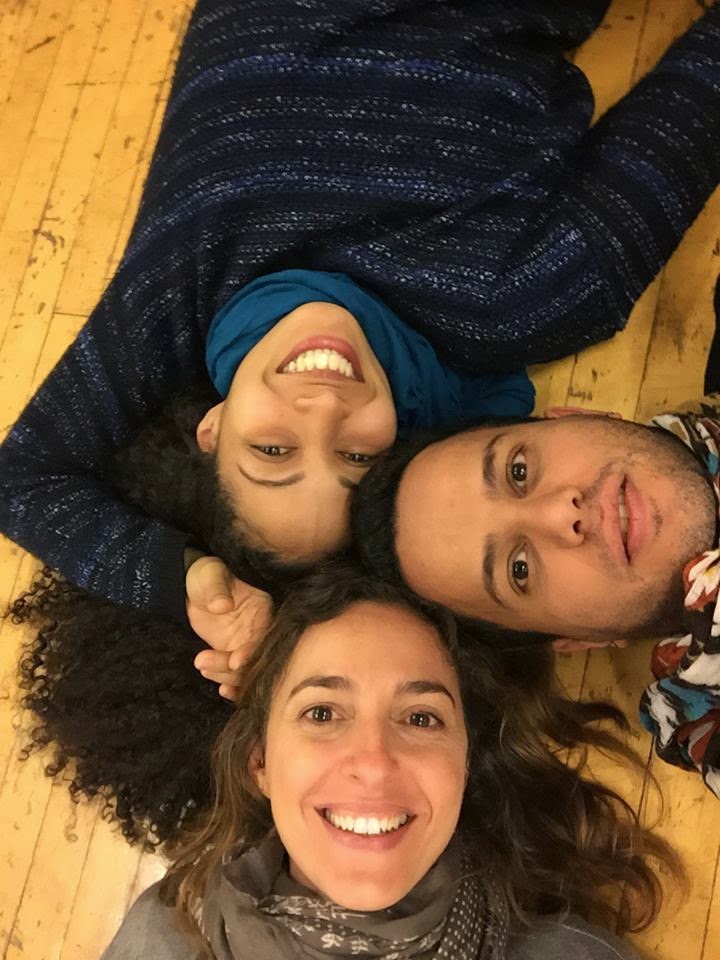 E3Outlaws Productions will present Federico García Lorca vuelve a nacer. Written by Rodolfo Braceli and directed by Raúl Rivera, the production stars María Fontanals, María Cotto and Enmanuel García Villavicencio (an all-HOLA cast, shown clockwise from bottom in the photo at left), was brought back for a command performance after running in November as part of the eARTh Theater Festival/Lorca Al Desnudo II. It will be performed in December at the Roy Arias Studios and Theaters, located in the theater district of midtown Manhattan.

Lucio Fernández will be master of ceremonies of the Gente D Zona concert on Saturday, December 20, 2014 at Schuetzen Park in North Bergen, New Jersey. He also presented the final episode of the year for the local television show "Live on Stage" (MNN/QPTV), which he hosts. The program, which is bilingual (English/Spanish), had a retrospective of the episodes of the year 2014, and can be seen by clicking on the video below. (A highlight of the episode is a screening of Fernández's music video "American Mambo", the title track of his most recent album. The video, directed by Fernández and Edgardo Dávila, features a rap by Dary Sánchez and also features Megan Fernández and Edison Carrera.)