I was thrilled to be in the audience at the recent HOLAtalks event featuring actor David Zayas as he was deftly interviewed by documentary filmmaker Louis Perego Moreno, more affectionately known as “Tío Louie.” I left the HOLAtalks event not only impressed with David Zayas as a determined, intelligent and talented actor but, more so, as a deeply passionate man who truly cares about and– carries with him– the Latino community. His career trajectory from the Bronx to the Air Force to the New York police force to the set of Showtime's “Dexter” is not only fascinating, it’s truly inspirational. David credits his deep roots in the Latino community and his father’s work ethic for some of the ingredients vital to the success he’s enjoyed throughout his career.

It’s been a rare success that he has also included being cast in roles that were originally written as Caucasian but which were rewritten to reflect his particular brand of unique Latino identity. This rarity is made all the more startling given that he was once told to give up on acting as he would never make it as an actor.  But, make it he has. And how. As one of the few Latinos to be prominently featured on television, David’s very presence is leading the way for the legion of Latino actors who await their own shot at success. It is a responsibility that he is cognizant of and which he readily embraces. As a staunch supporter of HOLA and its work, he is not just talking the talk– he is walking the walk and directly contributing to the empowerment of his fellow Latino actor.

Throughout the interview, David shared his personal story as both a person and as an actor of film, television and theater. As one of the longtime members of the LAByrinth Theater Company, he has opened the door for greater Latino representation on the stage. However, it is his high-profile television roles, including those of Enrique Morales on HBO's “OZ” and Ángel Batista on “Dexter”, that most powerfully point to the contributions that he has made to the entertainment landscape. David shared that he was granted great input into the formation of Batista, his character on "Dexter" and has used his insights

into the Latino culture to help shape it into a role that is not only memorable but is also culturally authentic. This type of artistic integrity is one that characterizes David, who has turned down roles in high-profile films, because the characters were not ones he would wish to be seen as 15 years later. These are not easy choices but are easily seen as the right choices, and they speak for the depth of character of David Zayas, a man for whom identity and integrity come first. 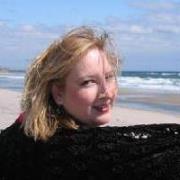 María Nieto is a Colombian-American writer and multi-platform producer (film-web-television-theater-live event) who is passionate about creating opportunities for Latino entertainment. For more information, click here.