and HOLAfestival of staged play readings by HOLA member-playwrights
FLORENCIA LOZANO, ALFONSO RAMÍREZ and ALBERTO BONILLA
on December 18, 19 and 20, 2012

All events will take place December 17-20, 2012
at Teatro LATEA, 107 Suffolk Street, NYC
November 30, 2012 (New York, New York)— The Hispanic Organization of Latin Actors (HOLA) presents its next HOLAtalks event, a discussion with star of stage and screen David Zayas on Monday, December 17, 2012. Zayas, currently playing Ángel Batista on Showtime’s “Dexter”, will be interviewed by filmmaker Louis Perego Moreno (a.k.a. Tío Louie), host of the Prime Latino Media Salon. The HOLAtalks event will kick off the 2012 HOLAfestival (a series of staged play readings by HOLA member-playwrights Florencia Lozano, Alfonso Ramírez and Alberto Bonilla), taking place Tuesday-Thursday, December 18-20, 2012. All events will take place at Teatro LATEA, 107 Suffolk Street (between Rivington and Delancey streets), Second Floor in Manhattan’s Lower East Side in New York. Suggested admission for the events is $10 for each event ($5 for HOLA and NALIP members/Friends of HOLA). Reservations are strongly recommended. To make a reservation, call HOLA at (212) 253-1015.

David Zayas is a star of stage and screen. His early career began while he was still a police officer. It was training that would serve him well given the fact that he was often cast as a cop. Having won roles in television and film, he quickly reached a point in his career where it seemed that acting was truly his calling, and he was able to leave the police force and focus solely on performing. He won raves as the terrifying and powerful prisoner Enrique Morales, from HBO's “OZ”. A member of the LAByrinth Theater Company, he had his Broadway debut in Nilo Cruz’s Pulitzer Prize-winning drama Ana in the Tropics. He can currently be seen playing Ángel Batista in the hit Showtime series “Dexter.” In October, he received the 2012 HOLA José Ferrer Tespis Award and in November, he received a 2012 Latin Trendsetter Award from Latin Trends magazine.

Louis Perego Moreno (a.k.a. Tío Louie) is an interactive content producer and educator who for the past 31 years has owned Skyline Features, a bilingual (English- and Spanish-language) multimedia and educational production company focusing on culture, women, urban youth and health. His area of specialty is developing documentaries, television programming and advertising commercials featuring Latinos, Blacks, Women, Urban Youth and LGBT people. He custom-tailors content for multiplatform media: television, internet, print, radio and public venues. He has trained 1,500 Latino and Black Youth over 10 years to produce 70 documentary shorts addressing social, public and mental health issues. He takes many of the documentary shorts, as well as features and speaks at colleges and universities nationally. For two years he was the President of the National Association of Latino Independent Producers in New York (NALIP) and now produces PRIME LATINO MEDIA SALON, New York's only monthly gathering of Latino multimedia-makers and actors. He also serves on the Board of Advisors for the Center for Latino Arts & Culture at Rutgers University.

The HOLAtalks event was founded in 2009 with a simple concept: have a Latino celebrity be interviewed about his/her life and career in front of an audience, followed by a question and answer period. Previous HOLAtalks event have featured award-winning performers such as Daphne Rubin-Vega, Tony Plana and Lauren Vélez.

This year’s HOLAfestival will feature work by HOLA member-playwrights Florencia Lozano, Alfonso Ramírez and Alberto Bonilla. The HOLAfestival was originally created in 1983 as a series of showcase theatrical productions and musical evenings by and for HOLA members. The last of the original HOLAfestival series occurred in 1990.

In 2011, HOLA decided to revive the HOLAfestival as a series of staged play readings written by HOLA member-playwrights and featuring the acting talents of HOLA members. The plays and their descriptions are listed below.

un descanso*
(for a woman and a man)

* spanish: resting place,
a memorial commemorating the site of a violent, unexplained death. 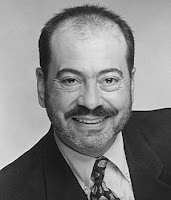 On the eve of her 65th birthday, Dolores Santos shows signs of early Alzheimer’s. Her three sons and daughter— begrudgingly reunited to hammer out decisions regarding her palliative care and nothing has changed in the family dynamic; they still fight old battles and infantilize each other, despite being middle-aged and living worlds apart. A secret revealed about Dolores’ past thwarts plans and threatens their mutual fate.

María has been working on a translation of Medea for four years; it is her life's work. When her husband Jay and their daughter Pandora go to New York to mount the production on Broadway, the producers decide to bring in a television star. María now has to be the understudy for the dream role she has worked on, and after finding out about Jay and the star’s relationship, art imitates life in this epic tragicomedy.
Written by Alberto Bonilla
Thursday, December 20, 2012 at 7:30pm

The Hispanic Organization of Latin Actors (HOLA) presents HOLAtalks with DAVID ZAYAS and the 2012 HOLAfestival, to take place December 17-20, 2012 at Teatro LATEA, 107 Suffolk Street (between Rivington and Delancey streets), Second Floor in Manhattan’s Lower East Side in New York. Suggested admission for the events is $10 for each event ($5 for HOLA and NALIP members/Friends of HOLA). Reservations are strongly recommended. To make a reservation, call the HOLA office at (212) 253-1015.