Porchlight Music Theatre in Chicago is Presenting IN THE HEIGHTS With An "Authentic" Cast... and Cast a Non-Latino to Play Usnavi... And Here's What Happened Next... 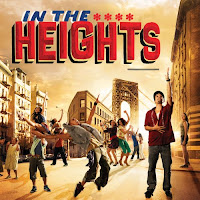 The Porchlight Music Theatre is presenting the award-winning Lin-Manuel Miranda-Quiara Alegría Hudes musical In The Heights this autumn at Stage 773 in Chicago, Illinois. The production is to be directed by Brenda Didier, and co-choreographed by Didier and Chris Carter, with music direction by Diana Lawrence and assistant direction by Adrián Abel Azevedo.


And now, even before the Chicago production of “Hamilton” begins performances here on Sept. 27, Porchlight Music Theatre will open its production of that first Miranda hit with an unusually “authentic” cast.... In a prepared statement, Michael Weber, Porchlight’s artistic director, noted: “After an exhaustive audition process, during which we saw hundreds of the Chicago-area’s diverse music theater talent – both established and new – and even reached out to our city’s vast hip-hop dance community, we are excited to introduce the cast of Chicago’s newest production of Lin-Manuel Miranda’s revelatory musical. –Hedy Weiss, The Chicago Sun Times


On Monday, July 18, 2016, reacting to the theater's official announcement of the cast, the Chicago Sun-Times released this article congratulating the theater for its "authentic" cast. It started a spark in the Latinx community, first, because of the use of the word "authentic", and also because the lead role (Usnavi), the narrator of the story, was not Latinx.

Perhaps if stylebooks were all more advanced on language surrounding race and ethnicity, the Chicago Sun-Times wouldn’t have run a headline this week that read, “Porchlight’s ‘In the Heights’ names its authentic cast.” Those who see anything beyond the title of the show, the theatre and the word cast, might wonder about the presence of the word authentic. Aren’t all casts authentic, in that the actors are who they say they are and will be playing the roles they’re announced to play?... Without ever using the word Latino (let alone Latino/a, Latin@ or Latinx), this statement comes off as Weber patting his own theatre on the back for working so very hard to meet the basic requirements of the musical he chose. –Howard Sherman, Arts Integrity


While Evita is a British musical written by white men telling an Argentine story, In the Heights is a Latin@ musical in every regard and, as such, has been well-received by the Latin@ community. This is to say that to miscast Evita is one thing, but to whitewash In the Heights takes the issues of race, ethnicity, and casting to a new level. By all means and purposes, casting white actors in roles written for Latin@s in professional theatre is unacceptable. –Trevor Boffone

That same day, Dr. Trevor Boffone, a Hispanic Studies professor at the University of Houston, published this article on his website, from where the above quote originates.

Later on that day, I released an open letter to Porchlight on Facebook, where I wrote, "I understand that you cast some Latinxs in the show (people that I have worked with before, respect their work, and love.) But when the person actually narrating the story is not Latinx, you are creating an atmosphere, an ecosystem, a perfectly created barrio around him, where the white folks behind it can now feel safe telling our story. You are essentially 'building a wall.' Not giving us a chance."

"Your 'exhaustive' search was obviously not 'exhaustive' enough. Let me just ask this: When you were casting Dreamgirls, did it ever cross your mind to have Effie not be black? You knew you couldn't make that choice because you couldn't let down the Black community. You had the chance to do something special and powerful with that production, and you did. All the Latinxs in that audition room saw that, they trusted you, and once again it didn’t matter."

In a city like Chicago, with a huge Latinx population and a vibrant Latinx theatre community, the decision to cast this particular role [Usnavi] with a non-Latinx actor is supremely out of touch. But this sort of discussion isn’t without its subtleties — after all, the process of casting is highly subjective.... When faced with complaints regarding issues of whitewashing in casting, theaters often respond with the arguments that they’ve “cast from the pool of actors who auditioned” or that they’ve “made an effort to cast the best actor for the role.”... The truth of the matter is, often, actors of color aren’t able to get an audition in the first place. For instance, Porchlight makes audition appointments available through a website that has only so many audition slots open for signing up on a first-come, first serve basis. It is well known that these slots fill up fast and whether or not the roles looking to be filled are for actors of color, a large portion go to white actors. –José T. Nateras, F News Magazine

Even the esteemed American Theatre Magazine wrote of the controversy, in an article titled, "Whitewash ‘In the Heights’? Chicago, You Can Do Better", where Diep Tran writes, "Hispanics/Latinos make up 29 percent of the Chicago population (roughly the same percentage as New York City, where In the Heights originated). There are a number of Latino theatre companies there (including Teatro Vista and Teatro Luna); the Goodman Theatre regularly holds a Latino Theatre Festival; and Latino Theatre Commons held its 2015 Carnaval of New Latina/o Work in Chicago. Is the talent pool really not deep enough?" 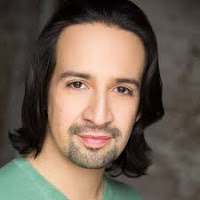 What does Lin-Manuel Miranda think about the controversy? One can only surmise his thoughts based on his 2015 interview with Howard Sherman for Sherman's personal blog, which talked about race and casting with regards to his musical Hamilton and other projects. He said, "My answer is: authorial intent wins. Period. As a Dramatists Guild Council member, I will tell you this. As an artist and as a human I will tell you this. Authorial intent wins. Katori Hall never intended for a Caucasian Martin Luther King. That’s the end of the discussion. In every case, the intent of the author always wins. If the author has specified the ethnicity of the part, that wins."

For their part, Porchlight Music Theatre responded to the controversy with an official statement.

To our colleagues in the Chicago Theatre community, please know that we at Porchlight Music Theatre have been intently listening to and have clearly received the messages of concern regarding our upcoming production of In the Heights.

The thoughts that have been expressed are accepted with the utmost seriousness and consideration, and we humbly wish to contribute to this needed conversation.

In the casting of In The Heights, as with all productions at Porchlight, we did not invite nor require potential employees to state their racial self-identification as part of our casting and hiring process. All actors who attended were considered based solely on the content of their audition.

Our continual objective is to create and encourage an environment of inclusion in all our work here at Porchlight Music Theatre.

Moving forward, we are committed to expand our efforts in regard to inclusion and representation as well as furthering our relationships with the diverse talent and institutions that make up the Chicago Theatre community.

The story continues.... Further wrap-ups of the controversy can be found here and here. [Note: Some people refer to Latinos or Hispanics as "Latin@" (in order to include the gendered terms Latina/Latino), while others use "Latinx" (pronounced Latin-ex) so as to have a neutral, non-gendered term.]

Special thanks to Bear Bellinger for his contributions to this blog.

Tommy Rivera-Vega is an actor-singer. Born and raised in Puerto Rico, Tommy has proudly called Chicago his new home. His credits include Mother Road (Goodman Theatre); Chino in West Side Story (Drury Lane); Barney the Elf (The Other Theatre Company); Latino Theatre Festival in Los Angeles and Chicago; A View from the Bridge, Lampshade, and Momma’s Boyz (Teatro Vista); Usnavi in In the Heights (Skylight Music Theatre); In the Heights and My Fair Lady (Paramount Theatre); Three Sisters (Steppenwolf Theatre); Kiss of the Spiderwoman (BoHo); Pippin (Music Theatre Company); Theo Ubique in CATS; AIDA (Bailiwick Chicago). Puerto Rico credits include Moritz in Spring Awakening and Ren in Footloose (Black Box Theatre). He is a proud Teatro Vista and The Other Theater Company Ensemble Member.