A Conversation with Junot Díaz and Lin-Manuel Miranda 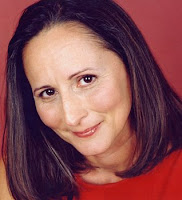 Both are at the top of their fields: Junot won the Pulitzer prize for his novel The Brief Wonderful Life of Oscar Wao, and Lin-Manuel won the Tony for writing the score to the Broadway musical In The Heights (he also stars in the show). To them, winning these accolades and awards are a mystery. But the conversation shed some light on this mystery.

Growing up possibly poorer than if they had remained in the Dominican Republic, Junot and his family were marginalized by the majority of Americans for being too poor (his single mom raised 5 kids on approximately $6,000 a year in the 1980s in New Jersey). His family was also marginalized by the Dominican community for being too poor, too dark, or too light, depending on who was doing the excluding at the moment. Noticing the differences in treatment, he often found himself on the outside looking in, contributed to Junot’s ability to write so passionately.

Lin-Manuel went from “playing with sticks in the wilds of upper Manhattan, to playing in the duplexes of his Upper East Side friends” when he went to Hunter College at the tender age of 15. His trips to Puerto Rico also made him aware of the different worlds that contributed to his heritage, the different worlds of home (where he spoke Spanish) and school (where he spoke English). Keenly aware of his changing status, he noticed his neighborhood friends drifted to acquaintances, and then to “just people you see at the store” as he pursued his studies.

The “number of worlds” that sat down at the breakfast table in Junot’s household gave him the ability to shift perspective, and appreciate the vast differences from one generation to the next in an immigrant family. He said, ”his mother grew up raising goats, living through the [Dominican] civil war [1965] and [she] still has the scars to prove it.” His younger brother was a Marine who served in the Balkans. This added to the texture of Junot’s life. Junot criticized the media for erasing this texture and making a monolithic world of the American experience. He often meets people working in the media who have never experienced more than “one world.”

Although Junot’s parents gave him the advice to repress his “Dominican-ness” to get ahead in life, he feels that by being specific he has been able to make art– “because art is not about sameness.” Who would have guessed that a book about an overweight Dominican nerd would win a Pulitzer? Well it did, so the monolithic media is beginning to crack.

Lin-Manuel is narrating Junot’s book The Brief Wonderful Life of Oscar Wao for its audiobook version. “When I read the book, I feel taken care of. The narrator wants us to know what’s going on, not ‘this is my truth and I don’t care if you understand,’” is Lin-Manuel’s take on why the cultural specificity of the book has translated well into the general market.

So how did Lin-Manuel resist the temptation to homogenize his work? When he first started the work he was 19 years old, and he locked himself in his college dorm room for three weeks and wrote, only coming out to eat. In one sustained burst, in what he called “as close to demonic possession as I have come,” Lin-Manuel created the first draft of In The Heights. He had lived on West 212th Street in the uppermost part of Manhattan, and already the changes he noticed when he came home to visit from college were palpable– the candy store with the illegal slot machine was now a pilates center. Lin-Manuel credits his producers’ intelligence by recognizing an experience that has not been seen on Broadway, and preserving the integrity of the show. “I couldn’t play Bernardo [in West Side Story] for the rest of my life,” and this added fuel to his creative fire. “Because of our affections for our community you end up making not only art, but a piece of history,” Junot adds.

Both Junot and Lin-Manuel are so quotable. Below are some quotes by them which I found to be quite inspirational.

ON ART AND LISTENING TO THE VOICES IN YOUR HEAD
Junot Díaz: No award will ever drown out my father’s cruel voice in my head. The applause means very little because I just want to do some very weird things.

Lin-Manuel Miranda: Voice in your head? My father is moderating this thing. But seriously, the pressure you put on yourself is the only pressure that creates anything. The community benefits by having more artists.

JD: Art is not the messiah. But society must confront its failings. Our work can report those failings. If people could see my grades you would be horrified. I was “push-graduated” [forced out] from high school.

L-MM: In The Heights came from family, upbringing, my neighborhood.

JD: The thing that drove me more than anything was being totally undervalued. “I’m not stupid! I’m smarter than my teachers.” If you can stop being afraid for long enough to discover who you are, you will achieve so much.

ON INSPIRATION
JD: I literally waited eight years for my mom to say something about her past. I had to earn that trust. It’s complicated. There will always be people who are mad at you. But is there love in your heart? Is that where you write from[, Lin-Manuel]?

L-MM: Like Woody Allen said, “If I believe all the good reviews, I have to believe the bad ones.” The Tony Awards just tell people who are terrified of Latinos and hip hop that this show is okay to go see.

JD: Washington Heights was not prepared for me. [New York,] the capital city of Dominicans outside the Dominican Republic doesn’t deal well with Dominicans raised in other parts of the United States. I am the Dominican “Zelig” though. Everyone will talk to me.

L-MM: For inspiration I like to walk around. I get started, and I record some lyrics and then I play them on the headphones. I get really “Rain Man” walking around repeating them. At the end of the day I go back to the piano.

L-MM: It’s horrible when these reporters follow me around and tell everyone about me. I just want to observe normally.

JD: My utter “nondescriptness” and deep, deep curiosity get me by. I am always talking to people on the street.

As for the future, Junot just sold the film rights to The Brief Wondrous Life of Oscar Wao. Junot will be pleased if he brings to life three or four good novels in his lifetime. Lin-Manuel refers to what he has so far accomplished as “the first line in my obituary.” He will record an album using rap and hip hop as ways of telling his stories. At the conclusion of the conversation, both signed books, posters, CD covers, playbills, etc., graciously thanking the community that inspires them, and that they continue to inspire.

For more information on Junot Díaz and Lin-Manuel Miranda, go to www.junotdiaz.com and www.intheheightsthemusical.com, respectively. To find out more about the Northern Manhattan Arts Alliance at www.nomaanyc.org.